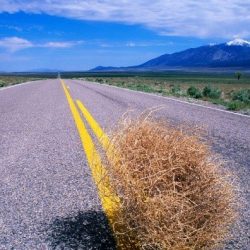 My soul is a tumbleweed,
and time is its wind.

Getting To Know Michael Running Bear 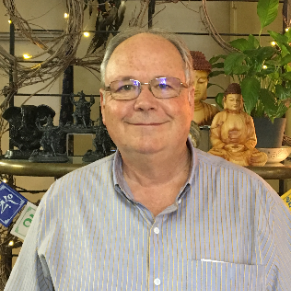 His major placements are Sun in Virgo, Scorpio Rising, and Moon in Scorpio.

His numerological life path number is 6. 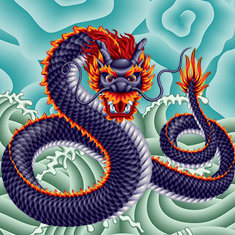 Running Bear = Keeper of the Sacred Dream on Earth 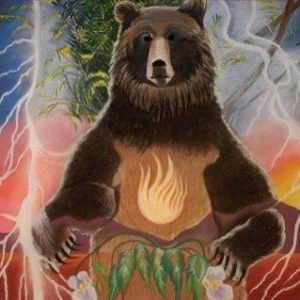 “What a long, strange trip it’s been.” (Apologies to the Grateful Dead!) I’m a different kind of man, and my life path and journey have been quite an unusual one. It seems for so long I strived to be “normal” and be just like everyone else. Evidently, that was not meant to be! I’ve lived a blessed life, however, with the opportunity to experience many different cultures, spiritual disciplines, and magical people.

From Transcendental Meditation to Tarot to Buddhism to Reiki Master to Shamanic Drumming and Healing, I have been fortunate to experience such a broad range of spiritual disciplines. This is not surprising, though, as one of my animal totems is the frog, which is a shield jumper… one who joyfully jumps onto many different spiritual paths throughout their life.. experiencing and respecting all.

Although I have the medicine name of RunningBear, which I discovered during a vision quest, I am not a shaman. I am not a wannabe shaman. I am not a great healer with all the answers. I have some experience and have learned a few things through trial and error, but truly I have many more questions than answers. I have simply found the “Red Road” Native American Indian teachings and beliefs a pure path of heart and connection to nature for me. It speaks to me and resonates in my heart. And I’m not going to apologize for that.

The following comments and ramblings just acknowledge some brief highlights and significant people who have guided me along the way. I sincerely hope this helps to introduce me in an informal way for you. I am truly grateful for this amazing life- it’s been a thrill. My life can best be summed up by the quote: “I took the road less travelled, and now I don’t know where the fuck I am.” And … that’s ok. 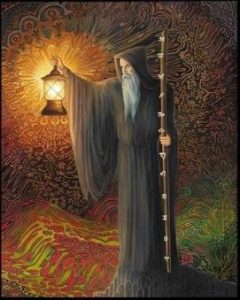 What Took You So Long?

My interest and passion for self-exploration began early in the 1970s with Transcendental Meditation and experimentation with a broad array of hallucinatory, mind-altering drugs while at university. These psychedelic experiences helped influence me and piqued my interest in all things Asian. In 1975, I was graduated with a B.A. in Psychology from Emory University in Atlanta- with a concentration in Exceptional Children and Asian Studies. These studies were, at the time and still are, a natural fit for me. What took you so long? My first real exploration into self-discovery and the “new age” movement began in 1978 while living in Oklahoma City at the time. On my way home each day, I would pass a metaphysical store called House of Shadows. I’d drive by and think to myself, hmmm, I should go in and check them out. Well, it took me over a year before I finally did, and when I did, it changed my life completely. I had just entered the storefront, when this tiny, elderly lady with granny glasses and a bun on top of her head shouted out to me, “Hey, what took you so long!” “Excuse me,” I said. “Yes, you, what took you so long to come in? I’ve been waiting for you. Come in the back with me! I’ve got important things to tell you.” She consequently took me to the reading room in the back and gave me a reading that blew the doors off my mind in regard to who I am and what my purpose in this lifetime is. Thus, I met Angel, the Grand Dame of Astrology in Oklahoma, and my first mentor. She was truly an angel. Little did I know at the time that she would help kick-start me on a journey of self-discovery and transformation. 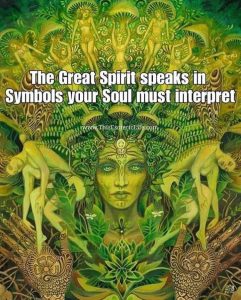 I left the family business and spent one year on the road in a prolonged vision quest seeking a new home and life. I finally landed in Monterey, California in 1980, and what a blessing it turned out to be. A veritable cornucopia of classes was on offer in the area, and I found a home at the Pilgrim’s Way bookstore. Whilst living there, I met two amazing people who would influence me tremendously. First, I was lucky enough to study Psychic Development with Pat McAnaney and eventually get to know him well. Pat is one of the most incredible psychics I have ever known and a wonderful person.

Then in 1983, I began studying the Thoth Tarot deck with P.C. Tarantino and thus began my long-term interest in tarot, archetypes, and symbology. She also became a life-long friend and mentor. She is an amazing soul, and I owe so much to her wise guidance. Goddess bless her.

In 1984, I had the honor and pleasure of attending a month-long, on-site “Way of the Warrior” program- a smorgasbord of disciplines, activities, and personas at the Ojai Foundation. This exhilarating experience changed my understanding of my spiritual path tremendously. I had had a fairly conservative introduction to spiritual disciplines in the early 1980s, but this month of living on the land with such a diverse group really opened me up to alternate possibilities. An amazing array of talent and genius attended this revolutionary event. Just some of the masters to teach and live on the land with us that month included:

This kicked off my love of Shamanism and the Native American Indian Earth way. See a selected text (“Way of the Warrior Adventures with Elie Hein”) from Texas Tumbleweed in this section for more on this incredible, life-changing experience.

One of the highlights of my life occurred in 1984 when I had the opportunity to hear the Dalai Lama speak in person at the University of California at Santa Barbara. He is such a beautiful soul, a beautiful man. It was a first hand, up-close peek at what an enlightened person can be. Every word out of his mouth was the truth; you could not argue with what he said- in any way, shape, or form. I just sat there and let those words and his love roll over me. I got high as a kite just in being in his presence and by listening. Simply amazing! What a guy!

After “Way of the Warrior” concluded, Elie Hein came and lived with my family for the next three months. What a treat it was to hang out with him and sit in on his healing sessions and learn. He held these healing consultations every morning for “his people” and never ceased to amaze me at his powers to diagnose and heal – all of which were powered by his gentle heart. 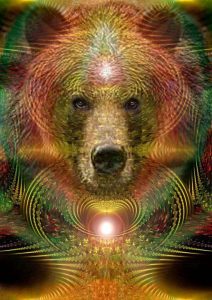 Of all my favorite experiences in the California years, my relationship with Don Tomas in the Yucatan, Mexico was at the top of the list. See a selected text (“Yucatan Journeys with Don Tomas”) from Texas Tumbleweed in this section for more details of this powerful shaman. He was a very unique person and healer. and I learned so much just from hanging with him after healing sessions. Although Don Tomas passed many years ago, he is still here with us. What a gift he was and is.

After my experiences traveling with Joan Halifax et al, I decided to create a cross-cultural, travel company called Free Spirit Adventure Travels. I had no idea what I was doing but enjoyed traveling all over the world co-designing 2 and 3 week trips with a special theme. My idea was to find local experts and let them design the tours with a special interest or theme. In the end, the company failed due to some unfortunate political events and my lack of experience with this genre of business. Nevertheless, it afforded me the opportunity to experience a plethora of different spiritual disciplines and amazing people around the world. This also deeply changed my perspective on life. During this time, we designed trips to England, Italy, Egypt, Nepal, Hawaii, Alaska, and Peru. This also allowed me journeys to Malaysia, Singapore, China, Myanmar, Cambodia, Hong Kong, Japan, and Thailand.

After moving to Santa Barbara in the mid-1980s, I found a local group of people interested in the Native American Indian teachings led by Harley Swiftdeer– a flawed but brilliant guy with powerful teachings. Harley, who was part Cherokee, was a real heyoke- a joker meant to twist your head around so you never really knew what was happening. Nevertheless, I learned much from him over four years. I joined the Deer Tribe Metis Medicine Society and learned many different types of ceremony and participated in numerous vision quests, sweat lodges, and a sun dance as part of the road warrior training program. 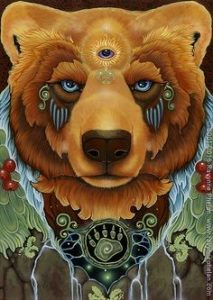 Many people ask me about my medicine name- Running Bear and how I came by it. Well, it came to me while participating in a three-day vision quest with the tribe in Joshua Tree National Park. Three nights- no food, no sleep, and no water. Build your medicine wheel, stay inside it, and stay awake. The lack of food, water, and sleep, and lots of prayer sends you into the “dream,” the spirit world where the visions and messages come to you. If you fall asleep, you have to get up and then sing and dance around the perimeter of your medicine wheel to build power. Anyway, late in the second night, when all was shape-shifting and changing, a brown bear appeared before me….. just outside my medicine wheel… and he was huge. He raised up on his rear legs and started to speak to me- which at that stage of the game was not surprising at all! As he talked, stars in his eyes began to spin ‘round. I could smell him. I could feel his breath on my face. His message rang loudly in my head and on my ears. Honestly, I could not tell if he was for “real” or not. Anyway, we had a long chat (as one tends to have when out in the desert in the middle of the night after a couple of days with no sleep) and he told me that the bear is the keeper of the sacred dream of the earth, and I must continually chase that dream to fulfill my purpose here on earth. My purpose and role here on earth was to learn how to blend Mother Earth and Father Sky and then teach others how to do the same- live in both worlds- spirit and earth- and dance between both effortlessly. Of course, the irony is that RunningBear must stay still and go inward to find that dream and not run around like a headless chicken, but that’s another story.

In 1989, after a painful divorce, and failed business and finances, I cut the cords to the US and moved to Thailand to begin a new adventure and chapter in my life, and what a 27-year adventure it turned out to be!

Read More – Buddhism in the Land of Smiles

Selections From Texas Tumbleweed by Bubbabare

Train your mind to see the good in everything. Positivity is a choice. The happiness of your life depends on the quality of your thoughts. 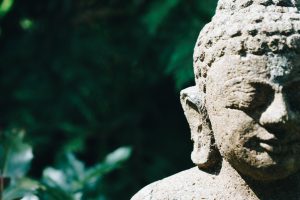 Get Updated on Classes, Events, and More!